This trip is called Dunns Track – Sort off because its as close as you can get to the original Dunns Track without following it by foot. The track now passes North of Dog Rock. The above map shows our route in blue and the original in green. We tried 3 times to find the original track. The first time at Dog Rock we could not find any trace, the second time we turned down Neds Corner Road and again found no trace, on the third time near Bearing Marker 279 we found traces of the old route but it was heavily over grown with shrubs and could not be traveled along. As time passes the Orginal Dunns Track will all but disappear, I am glad we at least have done Dunns Track – Sort of.

On the way back from our Lake Jasper long weekend we were already discussing where we would go next. We agreed it would be back to the Norseman region of WA?s goldfields. A search for 4WD tracks in the area turned up Dunn?s Track so we locked it in.

The track has been plotted and loaded into the Hema, the car is packed and by 7.00am we?re off. The first leg is Perth to Hyden via Brookton Hwy where we fill up the truck and our ?jerry cans?. This leg was uneventful, next leg we head to McDermid Rock to camp for the night. We turn on to the new Hyden ? Norseman Road and about 60kms down the road we spot a snake on the road. First thought was that it was dead but rather than miss out on a photo opportunity we chuck a uey just to be sure. 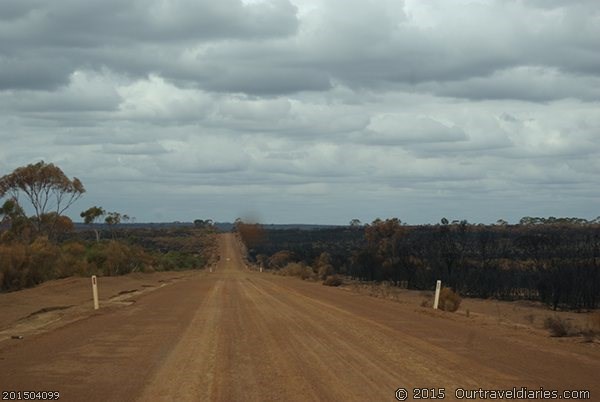 The new Hyden to Norseman Road

We pulled up alongside the snake and saw that he was feeding on a small marsupial or mouse which was still in his mouth. Excited by the chance to grab some photos we went to grab the camera off the back seat. This wasn?t as easy as first thought so hubby got out of the car to get the camera. He got it and started walking back to the front seat when all of a sudden I heard ?Oh Sh…..? Now Superman can leap tall buildings in a single bound and I can tell you hubby leapt from near the front door to the back door step rail in a single bound 😎 while telling me that snake had gone!! I had a look and couldn?t see him anywhere. Reasoning it must have made its way off into the bush hubby tentatively made his way back to the front door and got in. We were a bit concerned the snake could have coiled up under the car for warmth but neither of us was ready to check underneath just yet and we were sure he couldn?t have ?jumped? into the car. We settled down and took off disappointed at our missed photo opportunity. A few kms down the road we stopped and I jumped out and checked under the car ? all good 🙂 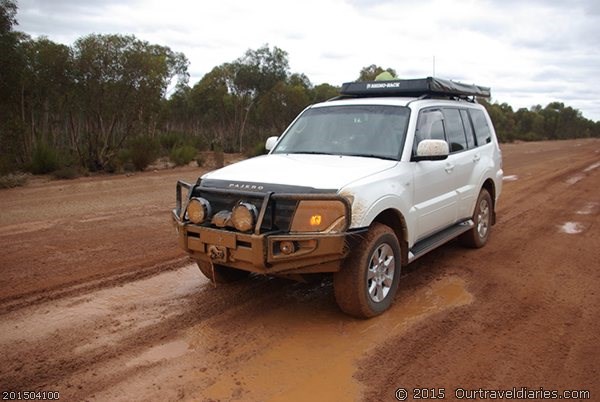 The road got a bit wet, Hyden-Norseman Road

Pulling in to McDermid Rock about 3.00pm we found another couple just setting up their camp. First task for us was to have a cuppa and relax for a few ticks. McDermid Rock is a nice spot to camp and provides concrete table and chairs, bbq pits and an ?EnviroLoo? toilet not to mention the lovely backdrop of McDermid Rock itself and the sounds of nature.

Our walk up to the top of McDermid Rock was pleasant and along the way there were lots of pools of water and some larger gnamma holes along with a small dam which was built in the 1950?s, vandalized and destroyed in 2003 and then rebuilt. 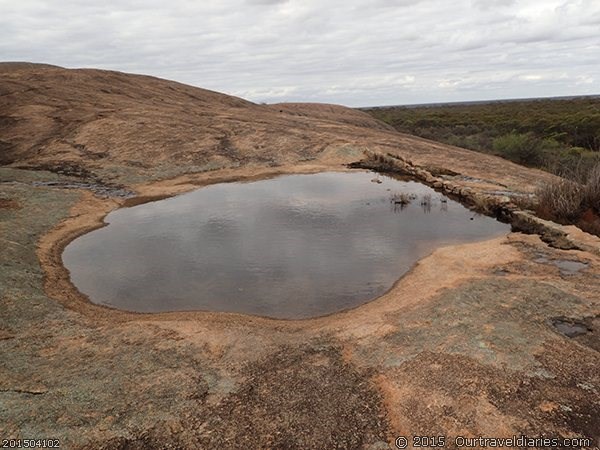 All water on the way up was evidence of recent heavy rains and an indicator of road conditions we may face tomorrow. Once at the top of McDermid Rock you?re treated to a spectacular 360? view of the region. You can see Lake Johnston and glimpse Lake Hope. We could also hear frogs at most larger pools of water but couldn?t see them. Time to head back down and set up camp, make tea and enjoy the evening. 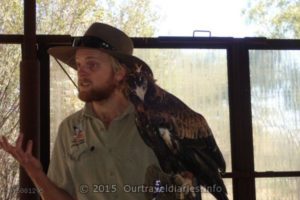 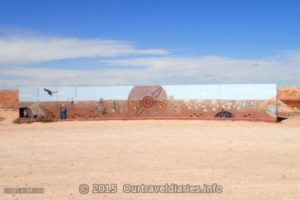 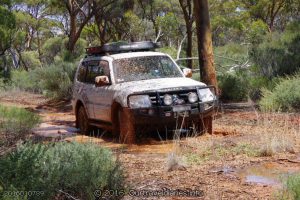 Another puddle along the road west of Twenty Five Mile Rock 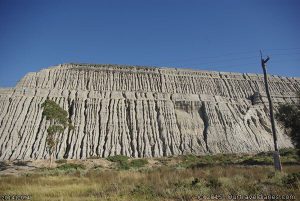 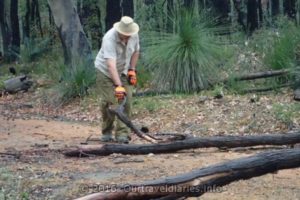 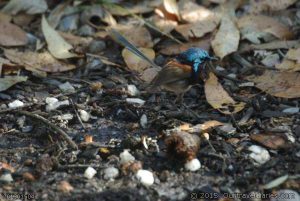 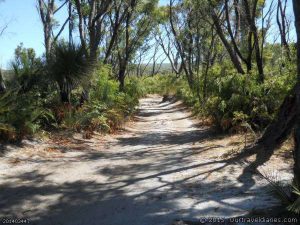